Home > About > Board of Directors


Nick has over 35 years of experience and high-level global relationships formed through his consulting and senior management roles in Australia, the UK and Europe. Prior to migrating to Australia, Nick held senior management roles with leading global health and beauty company Alliance UniChem PLC (now Walgreens Boots Alliance), which operates 18,000 pharmacies across multiple countries. As Group Director for Alliance UniChem, Nick was responsible for developing opportunities with key global network partners. 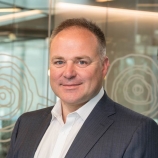 
Jon brings to Corum over 30 years experience in senior executive and Board roles for ASX listed companies operating in the technology, telecommunications, engineering and facilities management sectors. Jon is currently Head of Corporate Finance & Projects for ASX listed Downer EDI Limited responsible for strategic acquisitions and disposals for the group. He is also Chairman of Repurpose It Pty Ltd, a Victorian-based business focussed on the recycling of construction and demolition materials for reuse in the construction industry.

Primary areas of expertise include mergers and acquisitions, corporate finance, financial and strategic direction and the implementation and oversight of reporting and corporate governance structures. 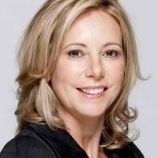 
Ms Shaw has significant experience in healthcare management and an experienced clinical background in nursing. Ms Shaw has acted in senior management roles in two Australian private hospitals and established an Australian and international consulting business which was sold to Healthsouth, a large US Healthcare company.

After this, Jayne became the co-founder of Vision Group, a business that was successfully listed on the ASX.

Jayne has been a member of a number of private healthcare boards involved with specialist consolidation including cardiology, cancer care, orthopaedics, and women’s health and has continued to work with private equity firms on local and International Healthcare transactions.

Ms Shaw also holds positions on the boards of Mable Technologies, The Woolcock Research Institute, and The Citadel Group, and as Chairman of BCAL Diagnostics. 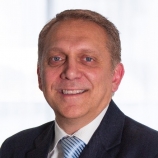 
Dennis has operated as an entrepreneur in Australia’s pharmaceutical sector since 2002 when he founded his first generic pharmaceutical company Genepharm. Over the past two decades he has gained extensive experience in the global pharmaceutical manufacturing industry and the Australian and Asian retail pharmacy market.

Dennis is also currently the co-founder and Chairman of myDNA – a world leading pharmacogenomic and health genomic platform company.

Prior to 2002 Dennis held senior executive positions in Coles Myer and Village Roadshow where he worked in Logistics, Retail Strategy and IT.